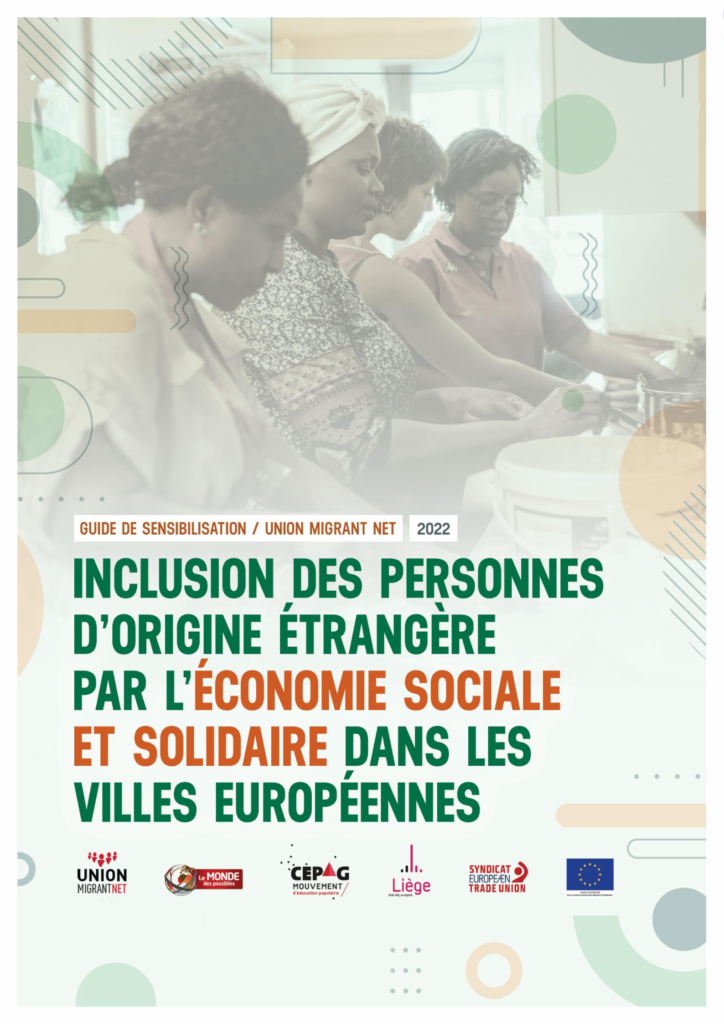 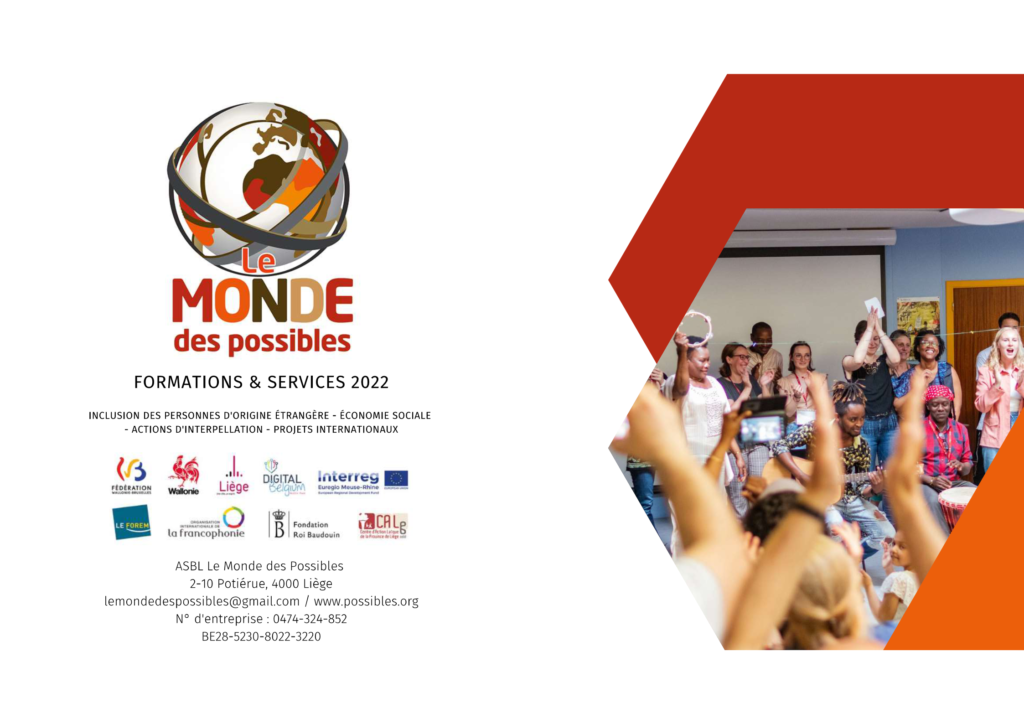 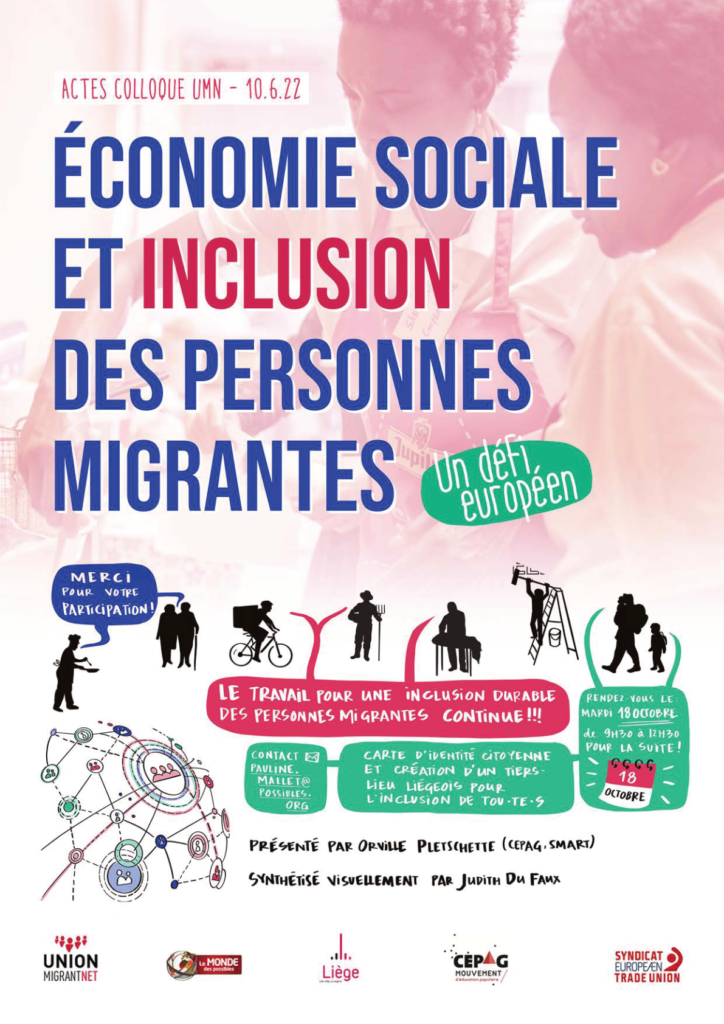 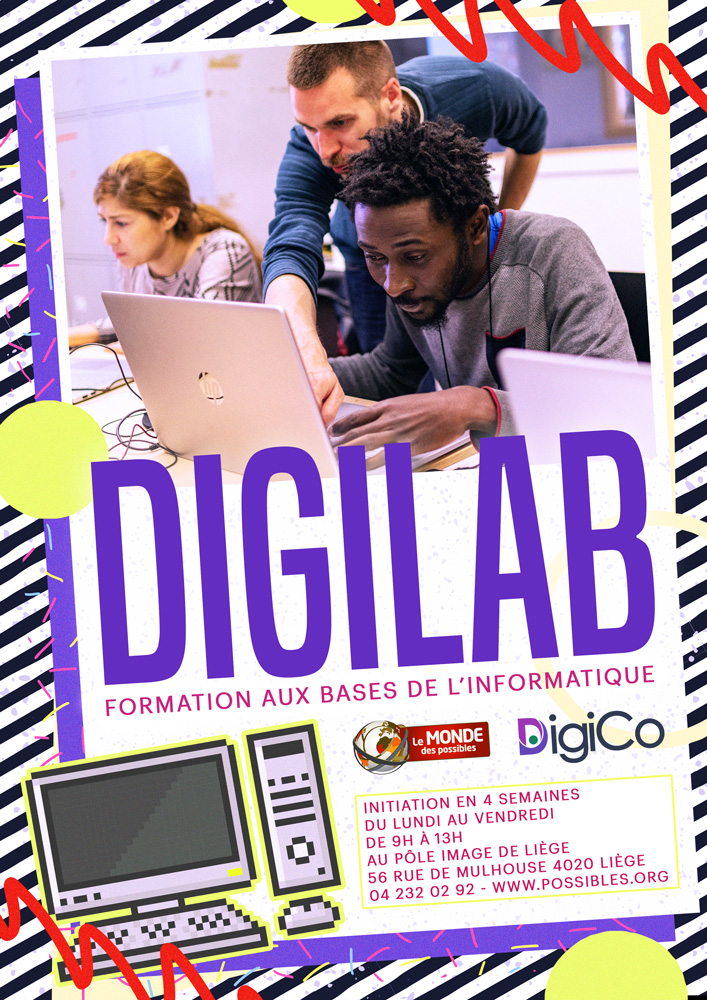 Since its foundation in 2013 and up to date, the UnionMigrantNet has 186 online contact points in 16 European countries & is giving information and advice to migrants in different areas: their rights and duties to access the labour market, their rights at work and working conditions, recognition of skills and qualifications, pre- departure information among others. The UnionMigrantNet portal gives also the possibility for them to have online access to such services and enables contact points to share information, questions and bestpractices. In 2022, UnionMigrantNet is the largest EU network providing services specifically addressed to migrants in Europe.

In this framework, a mutual learning program has been organized between some members: trade union, municipal and associative representatives from Liege and Sofia has discovered during 2 mobilities the local realities and the good practices in terms of integration.

In Liège, institutional support for third-country nationals is based on three main lines, between the City’s Social Cohesion Plan, the monitoring of the CRIPEL/SADA, and the third-country nationals unit of Forem (Regional employment office). It is complemented by a wide range of services provided by civil society, aimed at migrants, regardless of their residence status.

Liege is a city of migrants, with more than 50% of its population of foreign origin. The motion declaring « Liège a welcoming, responsible, and open city » adopted unanimously by the Communal Council on November 27, 2017 is leading the way in Belgium, committing the services of the municipality to a whole series of measures to welcome people of foreign origin on its territory and support their integration into the labor market.

In Sofia, in the last 10 years, there has been an increased interest of citizens of third countries in living and working in the country. This required joint action by trade unions, municipality, employers and the non-governmental sector to integrate third-country nationals and migrants through easier access to services, minimization of data collection, improved data sharing and improved coordination between stakeholders. The unstable situation in Ukraine, as well as in Syria and Afghanistan, is currently increasing the flow of migrants to Bulgaria, the EU’s external border. In addition, Sofia attracts more and more third-country nationals, mainly from the Balkans, former Soviet republics and the Middle East, especially through higher education and seasonal employment opportunities. The networking of all stakeholders – trade unions, employers, local authority and the non-governmental sector aims to facilitate the contribution of refugees and migrants to the urban, economic and social fabric of the city, while recognizing the important role of host local communities in ensuring integration.

In Liège, the Bulgarian delegation met with the Mayor and the alderman for interculturality, as well as with the services of Monde des Possibles, CEPAG, the FGTB Liège-Huy-Waremme, SADA and CRIPEL. A visit to the Fedasil G4S center in Saint-Joseph was organized, as well as a tour of the city on the theme of integration with F41.

In Sofia, the Liège delegation discovered the activities of CITUB, Bulgarian Council on Refugees and Migrants, Institute for Social and Trade Union Research, Caritas Bulgaria, Oborishte District in Sofia Municipality, State Agency for Refugees with the Council of ministers, and the Bureau for Information and Services for third country nationals. 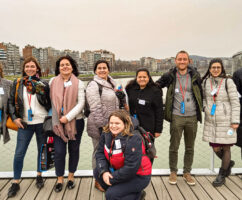 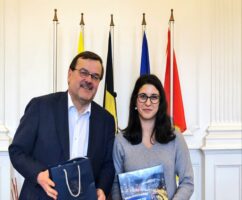 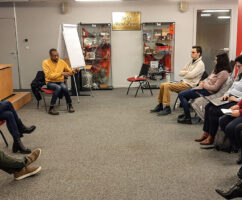 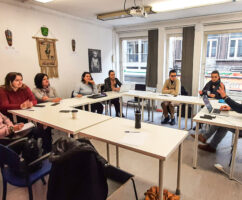 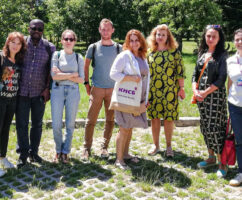 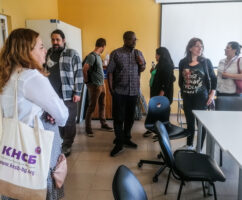 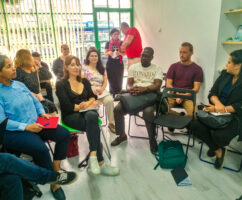 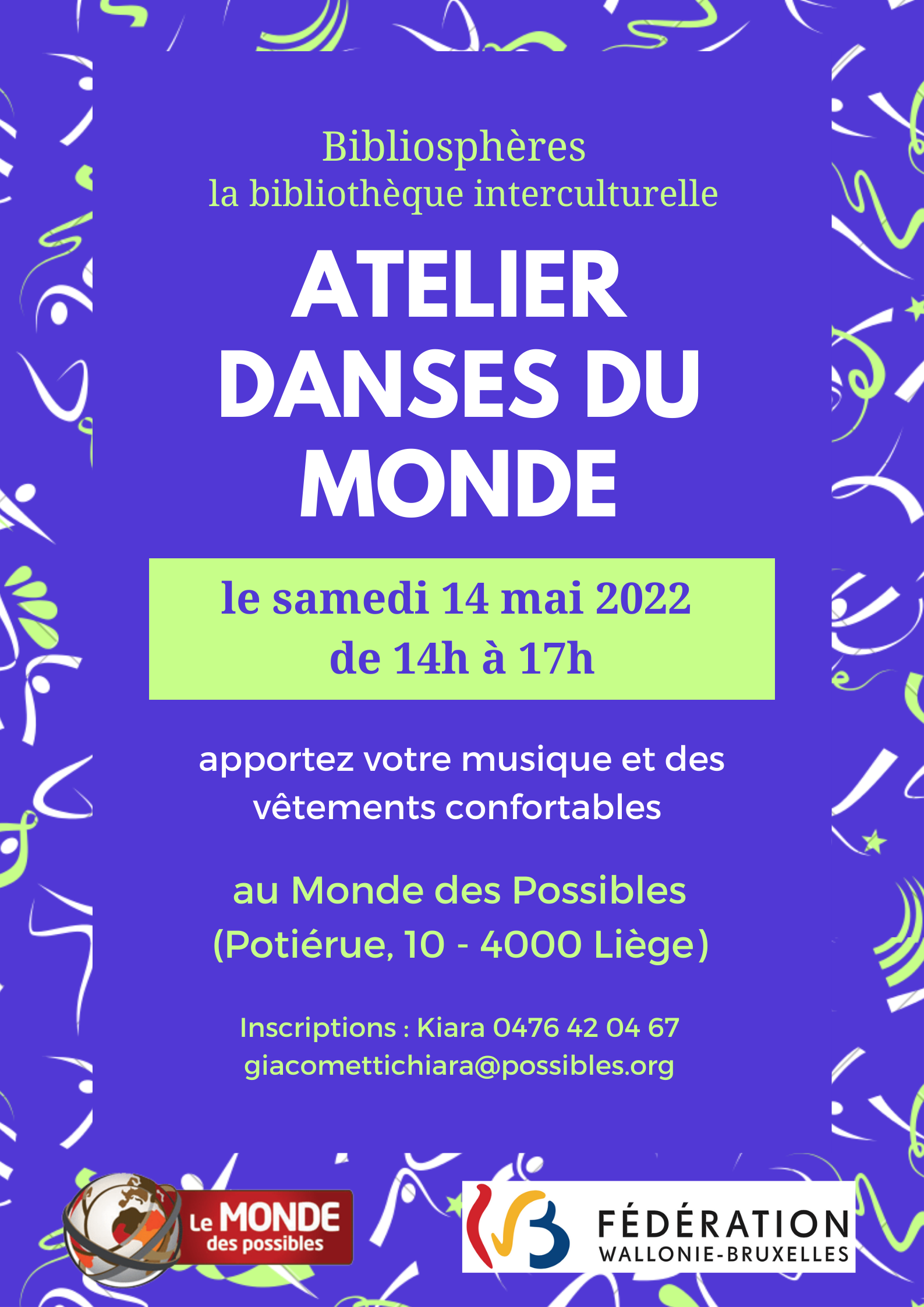 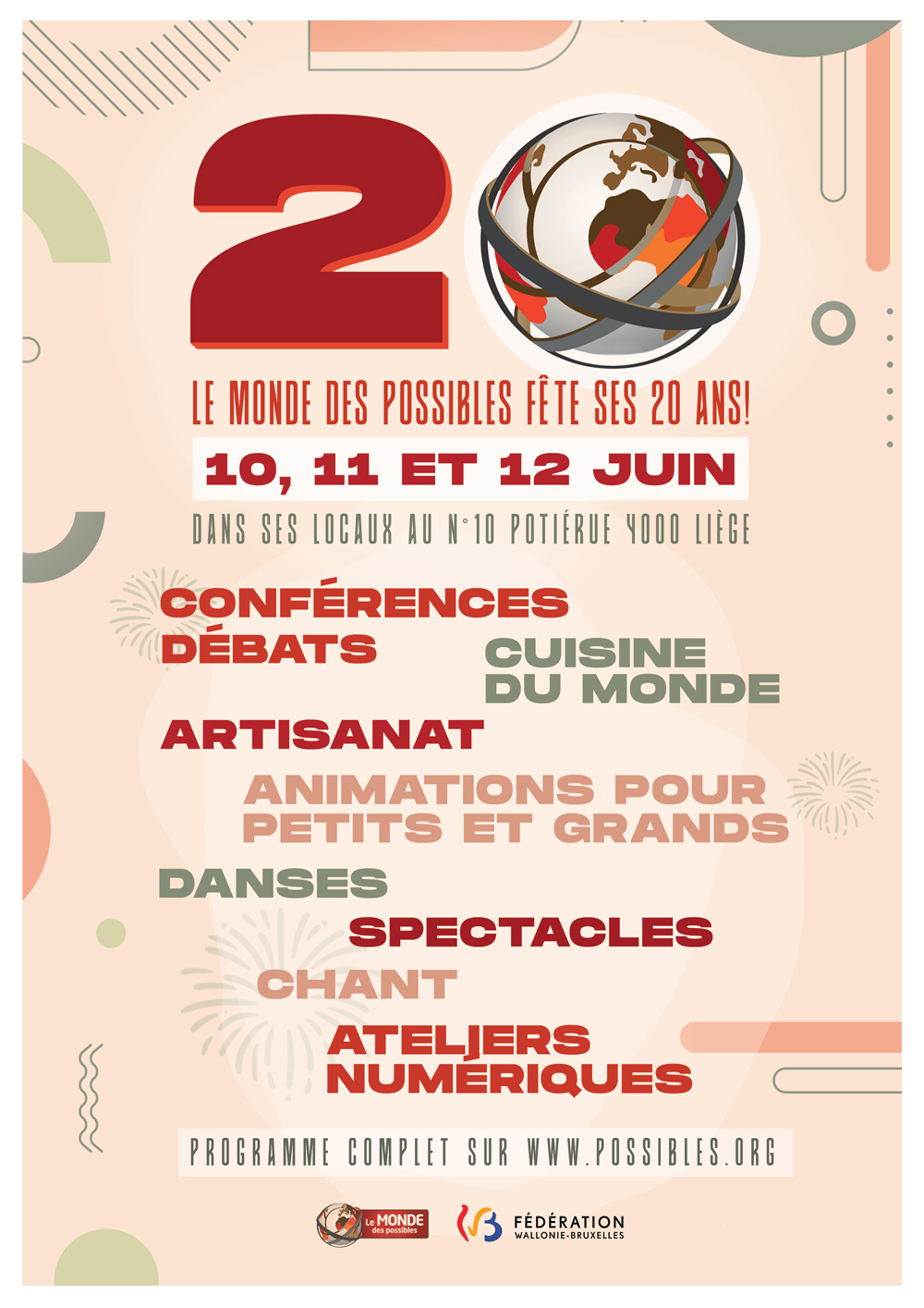 To overcome the difficulties of access to labour market, groups of migrant workers – with and without residence permits – are coordinating around activities in the social and solidarity economy, which meet their needs as well as those of society.

The Union Migrant Net project (AMIF), carried out with the European Trade Union Confederation, brings together in Belgium the city of Liège, « Le Monde des Possibles » and « CEPAG ». It aims to highlight social economy initiatives that promote the inclusion of migrants, by identifying good practices in European municipalities.

This conference aims to share the results of this survey, gathered in an awareness-raising guide, and to meet the initiators of inspiring European projects. It will also be an opportunity to present the achievements of Liège, in the framework of the Liège Hospitalière motion.

Translation in English and French. 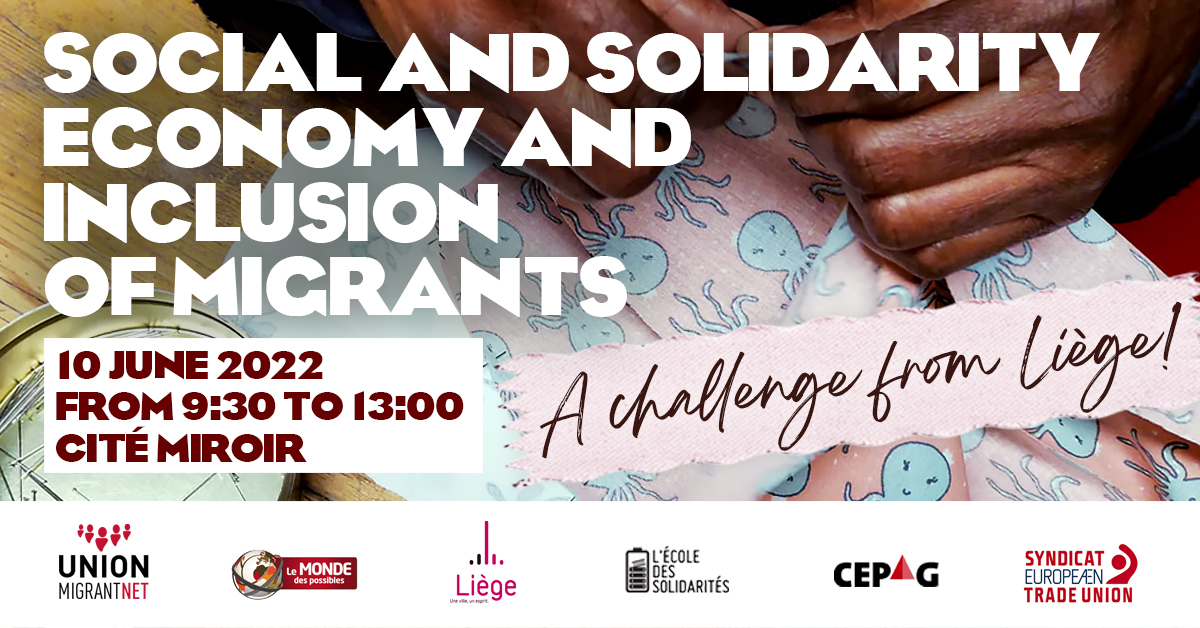 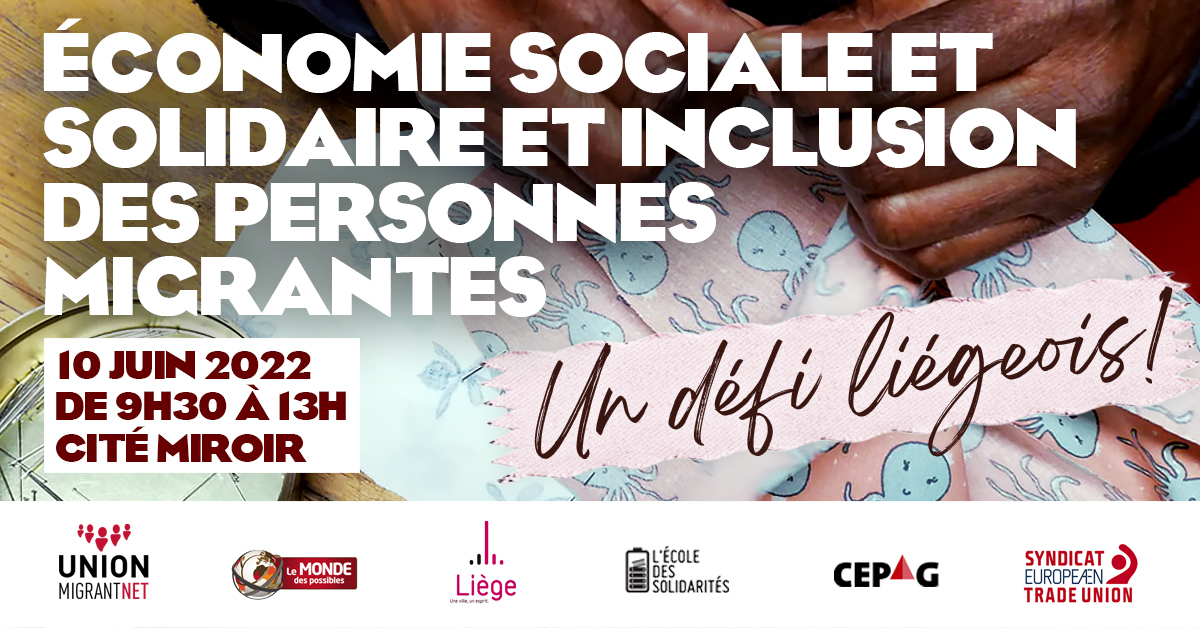